Leuven is one of the world’s prime regions for health, high-tech and creativity. A region with a unique ecosystem of companies cooperating with knowledge institutions and the government, with MindGate creating a perfect breeding ground for companies, entrepreneurs, investors and talent.

Leuven MindGate brings parties together in a so-called Triple Helix model, consolidating the region’s position by improving the interdisciplinary relations between these sectors.

Leuven MindGate has two clear goals for the benefit of the whole region of Leuven: 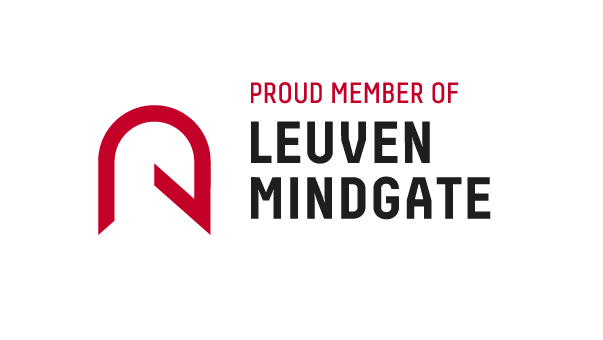 miDiagnostics is using silicon chip technology which will bring miniaturized, rapid, easy-to-use, lab-quality tests with built-in connectivity direct to the patient and clinician.

Combining a nanofluidic processor on a chip and a compact reader, miDiagnostics can measure virtually any biomarker from an easily accessed sample such as drops of fingerprick blood. The Company is developing an extensive portfolio of tests for screening, diagnosis and monitoring of a wide range of health conditions, including infectious diseases.

Spun out of the world-leading R&D and innovation hub in nanoelectronics and digital technologies, imec, and a research collaboration with Johns Hopkins University, the leading US research and medical centre, miDiagnostics’ goal is to enable fast, comprehensive and cost-effective health analysis, regardless of location.  Based in Leuven, Belgium, miDiagnostics is a privately held company created in 2015.

This website uses cookies to improve your experience while you navigate through the website. Out of these cookies, the cookies that are categorized as necessary are stored on your browser as they are essential for the working of basic functionalities of the website. We also use third-party cookies that help us analyze and understand how you use this website. These cookies will be stored in your browser only with your consent. You also have the option to opt-out of these cookies. But opting out of some of these cookies may have an effect on your browsing experience.
Necessary Always Enabled
Necessary cookies are absolutely essential for the website to function properly. These cookies ensure basic functionalities and security features of the website, anonymously.
Functional
Functional cookies help to perform certain functionalities like sharing the content of the website on social media platforms, collect feedbacks, and other third-party features.
Performance
Performance cookies are used to understand and analyze the key performance indexes of the website which helps in delivering a better user experience for the visitors.
Analytics
Analytical cookies are used to understand how visitors interact with the website. These cookies help provide information on metrics the number of visitors, bounce rate, traffic source, etc.
Advertisement
Advertisement cookies are used to provide visitors with relevant ads and marketing campaigns. These cookies track visitors across websites and collect information to provide customized ads.
Others
Other uncategorized cookies are those that are being analyzed and have not been classified into a category as yet.
Save & Accept
Powered by